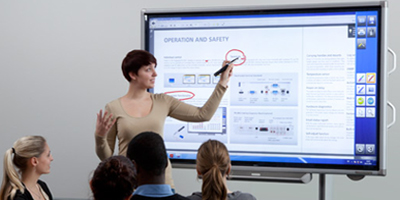 Talking to a group of teachers the other day, we agreed how interactive boards were an amazing resource in the classroom. I mean, who needs flashcards when you have Google Images? Googling visual aid for students, however, can be a tricky business. Especially if you are an EFL (English as a foreign language) teacher like me, and might use this resource quite often, increasing the chances of checking out seemingly innocent words just to realise they have an obscene side. Google is always improving its filters, but sometimes even Safe Search filter fails to prevent students from becoming traumatized or teachers from having an extremely embarrassing experience.

Here are some ideas to help you use Google Images safely and words to avoid searching.

Some words can show unwanted results from the first line of images, though. One fellow teacher found out the hard way that “thick” is also used to describe giant female bottoms. Here are some other unsafe words and groups of words:

Most nationalities can be tricky, and I’d be especially cautions with the words “Asian” and “Brazilian”.

This one leads to a number of inappropriate memes.

It’s relatively safe, but scrolling down can lead to nudist beach pics.

Don’t ever google that. A safe alternative is to Google “octopus” and point out the tentacle. Really, don’t google tentacles… you’re welcome.

You can kind of guess this one, right?

Yup, not very safe at all.

I know it sounds obvious, but sometimes you’re just thinking of actual missionaries. It’s not as bad as most of the previous ones, though.

This one is pretty safe for Google Images, but so not safe for videos.

By itself, the word is pretty straight forward. It’s a fruit, that’s it. But Google images will show as one or the first alternative options, a Japanese manga (comic book) which is quite sexual. Also, if you google “lemon party” you’ll instantly regret.

Please let me know of any other words that are unsafe to google in class.

And whatever you do, don’t ever…   EVER google “blue waffle”.

In the mild Californian winter of 2011, something wouldn`t leave Jason`s mind: a gun. Any hand gun would do. It would be fast and painless. A bullet in his brain meant the end of all that suffering; a relief and peace he hadn`t felt in years. His son`s screams echoed in the distance as Jason contemplated this idea. With Jayden`s frequent visits to the E.R., that thought – a hand gun`s silhouette against his own temple – was becoming ever more tempting. However, the same screams that were driving him insane brought him back to reality.

Jason needed to focus; he couldn`t abandon his son. Amidst one of Jayden`s many daily crisis, whose screams now sounded loud and clear, Jason realized he needed help. He called his mother:

Knowing exactly what it was about, Jayden`s grandmother begged her son to go to church and focus on his prayers. Jason hadn`t given up faith, he kept going to the same churches, Shelter Cove and St. George`s, whenever Jayden was stable. He attended Sunday`s service and prayed for a sign. Knowing the situation Jason was in, the preacher asked everyone to pray for him and his son, asking God to send them a sign:

Jayden had a few weeks left to live.

Jayden was born with the SCN1A gene, unnoticeable until his first seizure, when he was four months old. The first seizures were grand mal – strong muscular contractions, visible even while happening under his clothes. He soon started having clonic seizures, causing involuntary movements. By the time he was two, Jayden had all types of seizures there are and the crisis would happen every day, all day. His parents took him to several different doctors to try to understand what was wrong, but no one seemed to have a clue.

A genetic test finally confirmed the diagnosis: Dravet Syndrome, a severe, incurable and virtually untreatable form of epilepsy. The syndrome usually manifests in children younger than one and the treatments available may or may not help control the seizures. As Dravet Syndrome is a rare disease – one every 30 to 40 thousand children are born with the gene – there is not a lot of investment by pharmaceutical companies in research, as there isn`t much profit to be made so it wouldn`t compensate the expenses. The available treatment options, therefore, are tried one by one to see what helps the best.

After the diagnosis, which is already hard to get (it took Jayden almost two years of exams and different doctor`s appointments to find a definite answer), the search for the right treatment becomes a race against time. With each seizure the child is closer to death, as they cause brain damage that could be irreversible. Jayden had cardiac arrests in some of his crisis and had to be resuscitated at the hospital. When Jason thought of spending time with his son he didn`t think performing CPR would become a major part of it. The syndrome doesn`t only paralyze a child`s life, it devastates the family. No wonder many parents can`t take the pressure and end up getting divorced, which was also the case of Jason and his wife.

When Jayden was four years old, he had tried every treatment available, among diets, natural treatments, chiropractic treatment and several different medications. Nothing seemed to work. Jayden took 22 daily pills, which ended up debilitating him even more. One of the pills, clobazam, commonly used for Dravet Syndrome and other forms of epilepsy, could cause some of the following side effects: difficulty with swallowing; fever; shakiness and unsteady walk; unsteadiness, trembling or other problems with muscle control or coordination; change in speech pattern; restlessness; slurred speech; trouble sitting still; trouble speaking; agitation; bleeding gums; blistering, peeling or loosening of the skin; chest pain; confusion; trouble breathing; hallucinations; seizures… and this isn`t even half the list.

The drugs would prevent Jayden from sleeping and eating, and he would cry for hours, afraid of his hallucinations and due to other unpleasant effects caused by the medication and seizures. By the time he was four and a half, Jayden couldn`t speak, walk or chew. All he did was scream and cry. The seizures were increasing and he had up to 500 severe muscle contractions a day. Jason ran off the jewelry store he worked as a manager almost every day as his son was being taken to the E.R. by an ambulance.

Two days after going to church begging for a miracle, the first sign finally came. Jason was walking to work when he received a call from the office saying his boss had given him four months off. His co-workers had written a letter to the shop`s owner about Jason`s case and asking for him to have some time off to spend with his son. The request had been promptly accepted.

The second sign didn`t take too long to come. A 15-year-old boy had been caught smoking a joint at school and was suspended. The local news decided to use the opportunity to run a report on drugs in high school. During the interview, however, the boy made a strange revelation: he suffered from epilepsy and weed helped control his seizures. His parents couldn`t tell whether he was telling the truth.

Jason couldn`t get the news report out of his head so he decided to do some research on the subject. He never expected to find out what he did: cannabis had anticonvulsant and antispasmodic components called cannabinoids. He was introduced to CBD (cannabidiol), a cannabis component that functions as a neuroprotector and antioxidant, exactly the kind of substance that could help protect Jayden. He was surprised to know that the United States government held a patent on the use of CBD and other cannabinoids for neuroprotection and antioxidation – the patent number 6630507. Nonetheless, the American government keeps cannabis classified as a schedule 1 drug, along with heroine and LSD. The schedule 1 substances are considered extremely dangerous, highly addictive and have no accepted medical use. None of that made sense.

Jason had an appointment with his doctor in San Francisco and decided to ask for his opinion. The doctor`s advice was of such flexibility it renewed Jason`s hope:

Convincing his family wouldn`t be that easy. He had the three-gram cannabis oil dropper for two weeks before he had the courage to give his son the first drops. Jason`s mother kept saying:

Jayden was dying anyway and Jason had nothing left to lose. When he finally put the three  drops under Jayden`s tongue, Jason spent, for the first time since his son was four months old, and entire day with him not having a single seizure. He was seizure-free for another four days. That was to Jason, without a doubt, a miracle.

The “miracle” has been part of our history for thousands of years. The neurologist Ethan Russo, a cannabinoids specialist, in his report “Clinical Cannabis in Ancient Mesopotamia: A Historical Survey with Supporting Scientific Evidence”, explains that the ancient Mesopotamians, at the dawn of civilization, knew about some of the medical uses of cannabis. He mentions  that their “topical ointments used in the treatment of an ancient malady called Hand of Ghost, now thought to be epilepsy, included cannabis as a key ingredient” (Russo apud Bennet, 2010, p.20).

In the nineteenth century, William B. O`Shaughnessy, an Indian Company surgeon, collected information about how the Indians and Chinese used cannabis medically. He tested the plant on animals and, after concluding it was safe for human use, gave it to his patients. O`Shaughnessy stablished a good reputation after using the exotic herb to control a little girl`s seizures and reliving rheumatism pain from other patients. He also realized cannabis was useful treating spasms and a series of other ailments (Conrad, 1997).

If all this information about cannabis having a myriad of therapeutic effects was available in its five thousand years of history, why was Jason, in 2011, the first to try treating Dravet Syndrome this way? Jason asked himself this questions over and over.

At first, when he initiated the new treatment with Jayden, he couldn`t be happier with the results.

One by one, he took Jayden off the conventional medication and the results were even better:

Withdrawal syndrome is common when it comes to these highly controlled drugs, as they cause physical dependence. A sudden interruption of the medication could be fatal. Jason had to therefore remove each one of the pills slowly in the last few years. He says he is getting to know his son for the first time.

Jason was able to save his son`s life and he wanted other parents to know about it. He kept on researching and realized that the fact cannabis could treat severe seizures wasn`t new, but very few people knew it. He thought of all the families, all the children who had lost their lives slowly, suffering. It made Jason extremely upset.

Trying to get the word out wasn`t at all easy.

Jason hasn`t received any apologies, but he is happy with the result. From the small town of Modesto, California, he initiated a revolution that would soon take international proportions. Since he started treating Jayden with cannabis, several families have been doing the same. Paige Figi, who saved her daughter`s (Charlotte) life with a high CBD strain of cannabis, found out through Jason what to do. CNN made Charlotte`s case famous and the knowledge about the pediatric use of cannabis spread across the world. We can now see families working together in many different countries, to make sure cannabis can be recognized as a treatment.